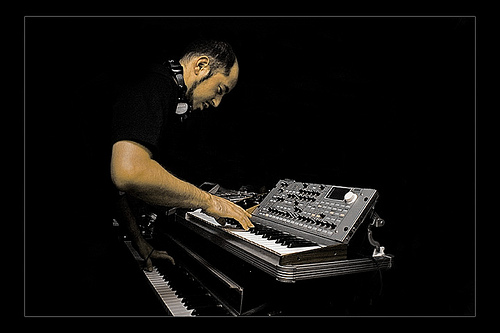 I know posting has been scarce around here lately. Between being under the weather, over the weather, over the Internets (and the people that infest it) and just generally dealing with a case of the blahs, I haven’t been in much of a writing mood. However, my plans to take time and get away often over the next few months are underway. So that’s helping some.

What’s also helping, as it always does, is how musically delicious March and April is shaping up to be. New music in my ear and great live performances are sure to put some spring in my step. I’m particularly excited that Omar is going to be in the States and I plan to get my dance on with wild abandon.

Speaking of UK soul and shaking that thang on the dance floor , last week I was blessed to check out uber musician and producer Mark de Clive-Lowe accompanied by the smooth vocals of Vanessa Freeman (of Reel People) as they neared the finish line of their world tour. I previously heard of Mark and own The Politick, his collaborative album with Bembé Segué. However, I must admit I didn’t fully appreciate this man’s talent and certainly had no idea what I what I was in store for that night. I blame this guy for slacking a bit on his stannery. He didn’t beat me in the head enough. I’ve since forgiven him though.

I don’t know how you would categorize Mark’s music. I’ve seen it called broken beat. Soulful house. Nu jazz. Spacefunk. 21st century soul. Nu house. Cosmic hip-hop. How about plain old GOOD shit. Some flava that needs to be in your ear.

But I can show you more than I can tell you.

Check out some of my video from of his set –  which he is now using on his blog and his Myspace page.

In case you’re couldn’t tell, he is creating the beats right there.  I don’t know about you but I am in awe of his artistry – what he was creating right there on stage. As I watched his every movement, I know how people who were fortunate to watch Dilla make music must have felt. I thought about how his ability to be able to use all of those instruments, sometimes simultaneously, to create that incredible sound is the result of God-given talent and hard work. He started playing the piano at age four and look at him now. It really inspired me to keep pushing and doing what I love. 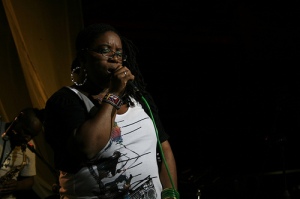 The same could be said about the melodious sounds of UK songstress Vanessa Freeman. She has collaborated with Reel People (most recently on the Seven Ways to Wonder, one of my top 2008 Albums of the Year You’ve Probably Never Heard), 4 Hero , Bugz in the Attic and released a solo album, Shades back in 2004.

Mark is looking to book more dates so if he comes to a city near you, don’t miss out.

You can keep up with any additional news on his official website, blog,  Myspace, or Facebook fan page.

You can also dig in his deep catalog here.