by vivrant thang on cat on a hot tin roof

You probably can’t tell but your girl Vivrant has other cultural interests outside of music. I try to see as many plays as possible, particularly if they have an all-black cast. Don’t get it twisted. I’m not talking about those chitlin-circuit Why-Did My-Baby-Daddy-Screw-Madea-And-My-Play-Cousin-And-Drink-Up-All -The-Kool-Aid joints. I’m talking about theatre. I’m talking about real Tony-award worthy productions.

Speaking of Tony, I expect to see several nods for Cat on a Hot Tin Roof,  currently at the Broadhurst Theatre on Broadway. I was fortunate to see one of the last productions before Terrance Howard goes on leave, presumably to make a movie. Boris Kudjoe will replace him, but his sub-par acting skills are already causing side-eyes to twitch to the point that I believe there may be plenty of tickets to be had during that month. I mean, beyond the opening scene where Brick is shown showering in a very sexy, muscular silhouette (we know “Damon” got that covered, I just don’t know if Boris has the acting chops to carry it much further.

Beisdes, Terrance IS Brick. The irreverence, the contempt, the sardonic humor, the “I don’t give a flying f*ck” attitude…all of the qualities which made him the real scene stealer in The Best Man. I can see why Debbie wanted him.

Terrance is serious about his shit. I can’t think of a role I’ve seen him in where I wasn’t impressed with his acting. He is sort of typecast, as there is a dark element to all of his roles, which is probably comes easy to him. I must say he took to the stage like he had been there all his life. Although he says he was terrified to take the role, he looked totally comfortable up there.

I know he is so proud to be working with his baby, Heaven – getting an early start at an acting career perhaps?  She is one lucky girl to be learning under an all-star cast. 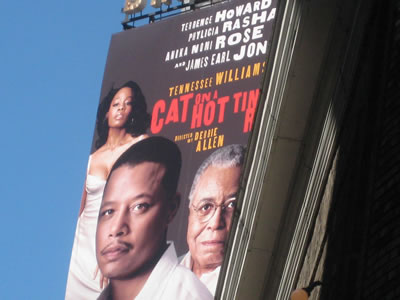 I didn’t know the story before seeing the play. Never caught it on Turner Movie Classics on a lazy Sunday afternoon. Read about it here. If you know the story and liked it, I think you will be highly impressed with this production. The acting was superb.  One wouldn’t expect anything less from veterans Phylicia Rashad and James Earl Jones, who played Big Mama and Big Daddy Pollit.

Also no stranger to the stage, Anika was equally impressive as Maggie, a role made famous on the big screen by Liz Taylor. I was able to find some of the scenes from the original production on You Tube. I am going to step out there and say that Anika better captured the desperateness of her character, begging her husband, Brick to see her, to want her again.  She had a 15-minute opening monologue that made me want to put my IPOD on to drown out the sound of her incessant, mindless drivel. I wasn’t as adept at it as Brick was. “Did you say something, Maggie?” She got through it without missing a beat.

Overall, I highly recommend seeing this production. Someone who was familiar with the original said that she didn’t remember it being so humorous. With actors like James and Terrance, who elicited the majority of the chuckles, I think it was inevitable.

Tony needs to pony up awards for all four major cast members. Since that’s highly unlikely, I’d like to see Anika and Terrance walk away with Best Actor/Actress nods at least. The whole production should win for Best Play or Best Revival of a Play. Debbie Allen should be recognized in the Best Director category as well.  I’ll be keeping an eye on the situation. I think nominations are announced next month.

Here’s a couple of pictures I snapped of the set and the cast, followed by a video of cast interviews. 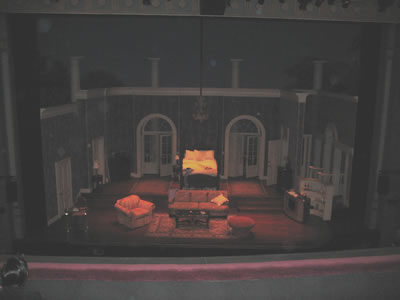 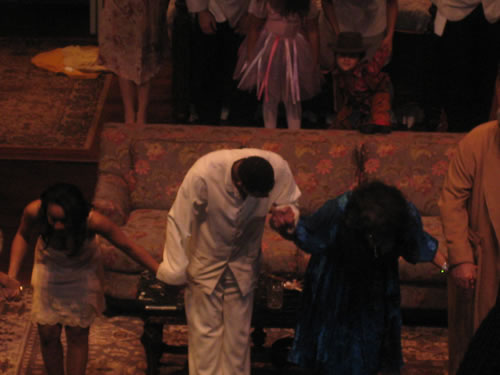 If you’ve seen this play or any others on Broadway or in your city, tell me about it in the comments.

The last one I saw before this was Color Purple in the opening weeks when LaChanze was playing Celie. Although I wasn’t thrilled with the adaptation, the acting and the experience of it all was an experience I’ll never forget.

5 thoughts on “Tony, Act Like You Know! : Review of Cat on A Hot Tin Roof”