by vivrant thang on all about me

Don’t ask. It’s become a habit with each island I visit to take this same picture.

Anyway, a sista is back after eight days of relaxing, relating, releasing…and reflecting. I don’t know if I mentioned it, but I went to Barbados alone. This was not the plan, but shit happens. However, that monkey wasn’t stopping this show.

As it turned out, it was really for the best. Things happen just as they are supposed to. I was on my own time and did what I wanted to do when I wanted to do it. Just what I needed.

I spent most of my days doing the above. I took one tour of the island and spent the rest of the days reading and letting the ocean waves and sweet sounds from the ‘pod caress my ears. Sitting out right at the water’s edge and letting the waves crash over me is always the most relaxed I ever feel. I need to retire to the beach and spend all day doing this:

I tell you though, that Mount Gay rum has to be 100 proof! Those rum punches were kicking my ass!

My nights were spent wining my body to soca and reggae…and trying to untangle myself from a “love” triangle. I’m not going into all of that here but let’s just say by the end, I was ready to get back to the DC area where I can go about my business virtually unnoticed.

Although I managed to stay unplugged for the majority of the trip, I was sure to catch the Democratic Convention pretty much in its entirety. I actually shed tears when Barack officially got the nomination..and when Stevie performed of course.

What’s interesting is that the Bajan people are talking about our elections as well. I was asked a few times what I thought about it all. I even heard a group of men discussing Michelle’s speech favorably at the table next to me in a restaurant. All I could do was smile.

I thought I would be feenin being unplugged for the whole week and all. But it really felt good. It gave me time to really be quiet and think. Before I left, I was really feeling out of sorts and unsettled for a lot of reasons. Now I’m back, refreshed, and ready to take on the 120-some odd days we have left in the year. (Can you believe that?)

Here are a few random pictures I took on the trip.

This is the Crane Beach Resort, which was named one of the ten best beaches in the world by Lifestyles of the Rich and Famous. I pretended to be rich and famous for a day. The first foot picture above and the one of me sipping were both taken at the Crane. I was in heaven. If I were to honeymoon in Barbados (doubtful), this would be it. 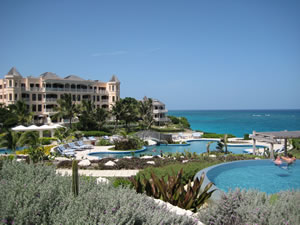 These are a couple of pictures of the Divi Southwinds resort where I spent the second half of my trip. I was real comfortable. It was easy to get caught up – just chilling. 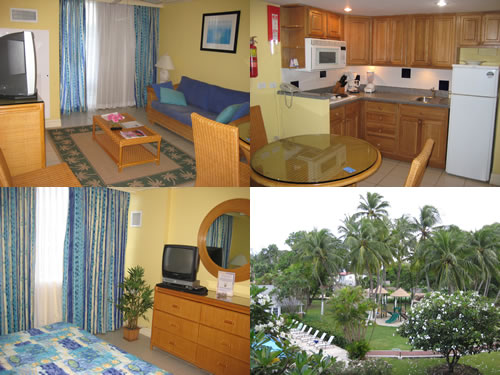 Lastly, here are some pictures taken while I was on tour, on Dover Beach, and a view of the beginning of St. Lawrence Gap, which is where all the action takes place. Of course that’s where I was staying. 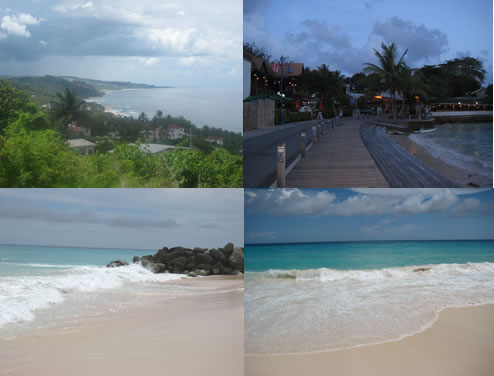 While I had a great time, I’m not sure I will go back. Unlike Jamaica where I would be tomorrow if I could. The island is unreasonably expensive, which I knew before I went but it was still a shock to my system. Some of the Bajan people (particularly the women) aren’t that friendly. But that wasn’t really a surprise either.

I’ve got my sights set on Brazil and/or St. Martin next year (in the folks timeshare because um, that’s an expensive ass island too!). The difference is, I will have a potential Mr. Vivrant Thang to pay share the expenses. Mark my words.

Fortunately, I came back just in time to catch Raphael Saadiq performing in DC. I’ve been to 26 shows and counting this year and I plan to do another list of top five shows I attended in 2008. This show will rate very high on that list.  Regardless of whether you’re thrilled with the re-emergence of the Motown sound or not, as nOva of Soul Bounce correctly states, Raphael can do no wrong. Videos are already up on the YouTube channel and I’ll likely drop the review on September 16, that glorious day The Way I See It is released. He previewed several songs, as well as blessed us with some classic Tony Toni Tone joints. I acted a plum fool when he performed “Just Me and You” and “Ask of You.” Those are my sonnnnggggggs!

On an unrelated note, I’m also beyond hyped for the NFL season kickoff. I’ve mentioned in passing that I’m almost as big a fan of football as I am of music. I’m especially hyped that I’ll be finally fulfilling my dream of attending a game at the “Mecca” this year as I get ready to purchase a single seat right on the endzone baby! On October 5, those Deadskins are going DOWN! Too bad it won’t be cold enough for me to rock this yet. But the time is coming. God I love the Fall. 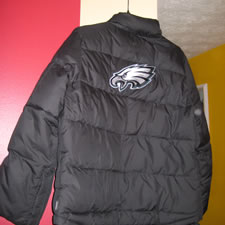 Stay tuned for a couple of posts I’ve been crafting about some interesting dating experiences I’ve had lately. The “Living The Single Life” category is pretty empty over there. It can’t all be about music…well, I guess it could be. But I got a couple of other things to say.