by vivrant thang on valentine’s day 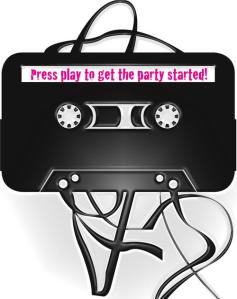 No suggested Valentine’s Day playlist this year unfortunately.  But that one still works – trust me!

My intention was to join in Cupid’s Hunt but I decided to leave that to the professional lovecasters. I’m glad I did because the early entries would put my meager efforts to shame. Stay tuned though because as I said last year, it’s all about spreading love the other 364 days a year for me. I have this idea that’s been brewing so there may be a mix in me yet!

I’m especially excited about this Valentine’s Day because I’m going to be spending it with my first love : music.

Earlier that day, I have an appointment for a relaxing hour-long facial, which I promised myself I would get once a quarter. It’s all about self-care for me this year. I was going to have a massage as well but just discovered that I get discounts through my job so will have to schedule that later. I’ll likely have a leisurely lunch down in that area, maybe pick up an outfit, and then return home, all vivrant and ready to roll to my first show of the evening.

Lalah Hathaway, Rahsaan Patterson and Noel Gourdin are going to be performing for one show here in DC at Constitution Hall.

I don’t talk enough about Rahsaan and Lalah in this space, particularly Rahsaan. Talk about underrated. The things this man does with his voice, particularly in live performances, never ceases to amaze me. I look forward to hearing Lalah perform songs from one of the greats of ’08, Self Portrait.

Both artists have an arsenal of songs that will get lovers in the right mood for a post-show “nightcap.” Here are two songs I’m expecting to hear.

Watch this bonus clip of this song from another performance where Ra-Re Valverde and Trina Broussard were backing him. Talk about making beautiful music together. I would love to see an entire album featuring these three. And I won’t even mention throwing Ledisi in the mix! <<<—-You should click there.

She claims this cover, which is not an easy thing to do!

Although I will highly enjoy that show, you know the highlight of my evening will be spending time with my man Bilal. I have been anxiously awaiting this day for a while now.

If it hadn’t been so cold out, I would have walked up and down the street with that poster in my hand. It’s that serious.

I know we are going to get a supersexy version of “Soul Sista.” I hope this song is last because I will surely be ready to go and practice making some Lil Vivs after this one!

Damn, it’s going to be a good night. I hope yours is even better.

Happy Lovers Day, my dear readers. You should be loving something!