good soul albums to own, New Flava In My Ear

by vivrant thang on music therapy

A sista has had a hell of a week.

The 9-5 had a sista getting my Kizzy Kinte on. We’re launching a major, highly publicized campaign so the pressure is on. Still I swear – if it wasn’t for the free top-notch healthcare, weekly paycheck and other excellent benefits, they would have received the side eye of the week week week!

A couple of people in my life are cutting a plum fool. I had to fire one of them, but they won’t take the hint. How many ways can you say – in these exact words- “Remove my number from your phone. I don’t ever ever ever want to hear from your black ass again in this life or the next?” The whole situation would actually be humorous if I were watching it happen to someone else.

So after a week like this, there are only really three things that can make me feel better.  Me and a friend indulged in several potent peach martinis at happy hour on Friday. *check* Since we keep it PG-13 (for the most part) on this blog, I’ll just talk about the third thing.

I hit the spot again and did some damage, but not as much as last time. Lately, I’ve been focused on restocking the crates. Over the years, most of my older albums have been lost or stolen. As I’ve been adding to my top songs list, I’ve been reminded of a ton of music I need to own again – particularly a lot of 90s music.

Even though all but one of these albums was under $10, I’ll still be eating PBJ and Ramen Noodles all next week for real.

Have you added any new or new-old music to your collection lately? 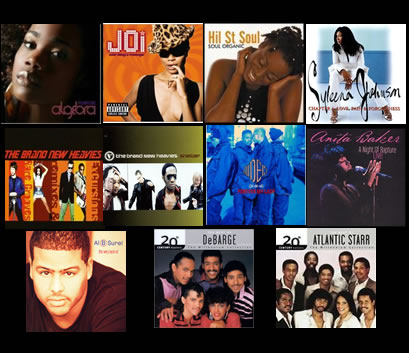 9 thoughts on “Music Therapy: I Spent The Grocery Money on Music!”