by vivrant thang on luther vandross

Today would have been Luther’s 57th birthday. I really miss that man. I grew up on his music. As the child of a baby boomer, I had no choice!

I vividly remember that day in July when he passed. I was on my way to the mall and heard the news on the radio. For some reason I didn’t have my cell so I pulled off the road to call my mother. She was practically in tears. We attended the Essence Music Festival a few days later, which he always closed out. They had quickly pulled together a moving tribute, in which Gerald Levert took part.

I was in Philly this weekend for the Steve Harvey/Mo’Nique comedy show and had a chance to hear Danny Clay perform – a man who many swear is Luther reincarnated. Normally that would get the major side-eye from me. [thanks SB!] 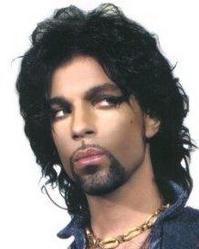 However, this man here could be the truth. Danny is a former inmate that called into Steve’s morning show and just started singing. Steve told him to hold on and the rest is history. He’s taken Danny under his wing and now he’s opening for him on his “Still Trippin” tour. Luther’s mother also heard him sing before she passed and gave him her stamp of approval.

In my opinion, there will neva eva eva – in this lifetime or the next – be another Luther. His voice just can’t be duplicated. I will say that Danny definitely comes the closest I’ve ever heard. I would book him to sing Here and Now at my wedding. 🙂 I look forward to his original songs because his voice is indeed – so amazing.

Let’s celebrate Luther today. Here are me and The First Lady’s favorites. What are yours?

*update: Head on over to DJ Diva’s spot and cop her hot Luther mixes: Slow Jams and Fast Mix.

A House Is Not A Home (gives me chills- if you only watch one, this is it!)
note: originally sung by Dionne Warwick, who is in the audience and is understandably moved to tears)

Wait For Love
(this song has got me through some rough times!)