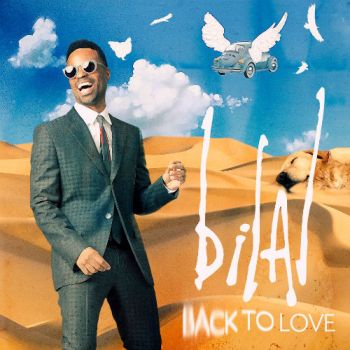 It was fitting that the last post on this blog before I went on hiatus was an announcement of the official date that Bilal Oliver’s first “official” album in eight years would see the light of day. It was quite a celebration, bitches!

Airtights Revenge was released in 2010 to stellar reviews. Now, just over two years later, your boy is back with A Love Surreal, coming to an ITunes near you on February 12. Yes, I am plotting on how to get to his album release concert in Philly at my favorite venue, although he is coming this way a couple days later. I’m just that kinda stan!

To get us geared up for the release of the first single for the album, Bilal recently released a mixtape(on his Facebook page!), appropriately titled Retrospection. Curated by fellow Philly artist, Vikter Duplaix, Retrospection —much like 2009’s The Return of Mr. Wonderful— takes you on a journey through some of his greatest hits and unreleased recordings that should have seen the light of day like his rendition of Stevie’s “Too High.”

I was excited to see Vikter Duplaix involved in this project, having just been blessed to be at one of his body-rocking Kiss N Grind parties when the Fall tour rolled through DC recently. We danced, we shouted, and shook out bodies down to the ground as Vikter spun the hottest soul, house, classic r&b, funk and Afrobeat. Want to get an idea of what you missed? Feast your ears on this.

Bilal and Vikter also sat down  for a chat —surrounded by some very lovely works of art at the Norm Maxwell Gallery in LA — to talk about Bilal’s evolution as an artist. He talks about defining his sound and what it means as an artist to hail from Philadelphia. I’ve already schooled you about the hotness that has come out of Philly.

So while he had all our attention, Bilal released his first single, “Back To Love,” on Essence.com. The theme for A Love Surreal is that Bilal is a love doctor teaching people how to find their way back to each other.

Are you as excited about this project as I am, fellow B_Ollowers? Let me know what you think of the first single.

Spread the word about good music using the share buttons below.