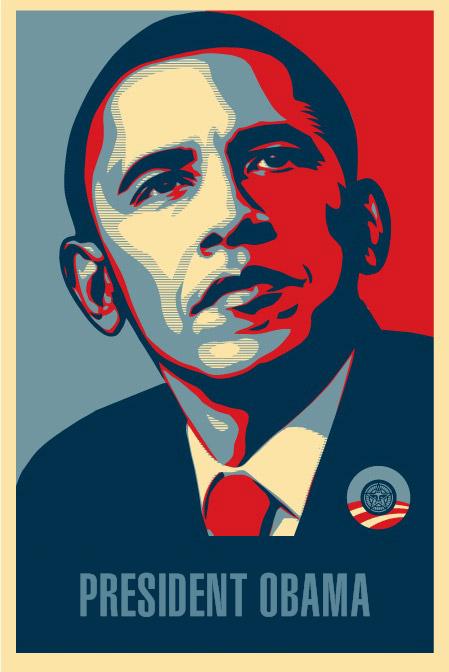 When MSNBC called the race for President Barack Hussein Obama, I completely lost it. I sobbed like I had just lost a family member – only they were tears of joy. My internal button got stuck on repeat as I cried out “Oh my God” and “Thank you Jesus” over and over again. I’m so glad I ended up coming home before it was called because it was NOT pretty.

As I sit here and digest the events of the evening, including his historic speech, I think I’m still in a state of disbelief. You know I’ve had my doubts about whether this country is truly ready for this. Although tonight’s victory proved that we are, there are still a lot of people that aren’t ready for this. A lot of people in those red states are seething with anger tonight. I just pray that they listened to Obama’s speech and will truly give him a chance. The country has spoken.

I’ll be watching closely over the next couple of months to see who President Obama names to his cabinet. I have no doubt his administration will be run as well as, or better than, his campaign. The eyes of the world are on us. You don’t know how many shows of support I got today from people of all races when they saw my Obama shirt.

This is larger than any of us can really comprehend on so many levels. It’s a lot to digest. I look forward to getting away for a few days to really think about it all.

Do you realize we are going to have little black girls running around the White House? An accomplished, so-not-a-shrinking-violet-BLACK woman as the First Lady? Someone I can look up to. Just thinking about that makes the tears start to flow again.

I am so thankful to all the bloggers and folks on Twitter who did all they could to make this day happen. All the tireless writing, information sharing, campaigning, volunteering – it all counted. Most days, it seemed like this would never end. It got downright painful at times. But we made it. So this is as much our victory as it is President Obama’s.

To that end, this is just the beginning. We have to do our part. Don’t think you are going to wake up on January 21, 2009 and your life is going to miraculously be better. We are in such deep shit that I’m hard pressed to believe that President Obama be able to get much done in his first term. While he’s working, we have to do our part.  Ack like you know.

I also think about all the people that lost their mothers this year. I am so glad that I was able to share this special moment with mine. That she is alive to see it. Even my Grandmother, who was a Jehovah’s Witness and didn’t vote, would surely be overjoyed about this. As we all are.

We got work to do ya’ll. This country is a complete mess.

For a while though, let’s celebrate and get our electric slide on. Eat our fried chicken unabashedly in the office and suck on the bones.

This is indeed a victory for us all.